Betting on stocks is no joke. That’s why you need to carefully evaluate which stocks will you be going to bet on. We have here two of the biggest internet stocks infrastructures – Akamai Technologies and Cisco Systems. Let’s have a brief evaluation of the two companies and analyze which one is better to bet on:

Akamai vs. Cisco – Which is Better? 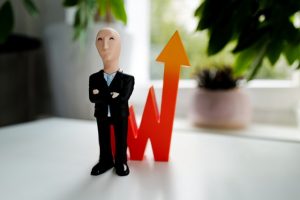 For the past four years, there is a steady growth in revenue for Akamai. From $2.5 billion in 2017, it increases to $3.3 billion this year garnering a percentage growth of 32%. Compared to Cisco, the latter only has 4% revenue growth for 4 years.

There is a drop of marginal growth for Cisco Systems of about 2% for 4 years. Unlike Akamai, the said technological company strongly jumped from 12.6% to 20.9% from 2017 up to now. The higher valuations of Akamai Technology should be highly credited to its faster growth in both margin and revenue.

For now, the debt-to-equity ratio of Akamai is situated at 11%. This is actually two times as much as that of the 5% debt of Cisco. However, considering the growth phase of Akamai Tech, the debt-of-equity is not all that bad for the company. On the other hand, comparing the cash percentage of assets, Akamai already stands at 32.6% compared to Cisco at 25.1%