The World Wide Web, otherwise known as the Web, is a massive collection of websites and webpages that are found on an expansive interconnected network of computers. The Internet serves as conduits to connect this networks of computers as well as for people to be able to gain access to the Web so as to browse, send or retrieve information or data.

Being On The World Wide Web – Why Choose Instagram

Because of the World Wide Web and the internet, people are now able to connect and communicate with other people, groups, or communities, and social networking sites have made this connectivity much easier and faster. If you want to make and have that kind of connection, being digitally present on social media platforms is necessary.

People have the desire and the need to connect with our people as well as to belong to a group, which is why social networking sites have become the go-to of many people worldwide. Instagram is among the largest, most recognized, and established social media platforms, having over 1.4 billion accounts where more than 500 million users around the world use the app daily. 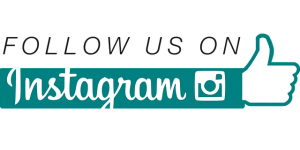 With that number of daily active users on Instagram, it is no wonder brands, businesses and individuals create an account on the platform so as to promote whatever they have to offer or need to make known, whether a product, a service, a cause, or awareness.

There are numerous reasons as well as advantages as to why it is crucial (even necessary) for businesses and brands to grow and establish their presence on Instagram.

Some Windows users have found a program in their list of installed programs that they don’t recognize. The name of this program is “Vulkan Run Time Libraries x.x.x.x” and the version number appears after it, where x stands for the version number.

One of the issues with these programs is that they install automatically and don’t ask for permission first. People also won’t remember installing a program called Vulkan. It is a programming library that many developers use to create games and apps.

So, given that many users are concerned about security issues (which is understandable) and the purpose of this Vulkan Run Time Libraries, most people are worried. InverseGeek, a tech website, covered more about Vulcan Runtime Libraries. In this post, we give you an overview.

What is the Vulcan Runtime Libraries?

Khronos Group Inc. is a company that is committed to creating open standards that allow application development across multiple platforms. Vulkan Run Time Libraries was released on September 27th, 2017 and the goal is to provide developers with a powerful toolkit for creating new applications and games faster.

Vulcan is an open-source, cross-platform runtime for .NET Core and .NET Framework that provides asynchronous I/O with JavaScript-style callbacks as well as a powerful object model with built-in support for JavaScript’s object model and asynchronous programming constructs such as promises and async/await.

Vulcan also exposes the same API on both platforms so that your code can be shared between the two without any changes.

How do I know if I have Vulcan Runtime Libraries on my computer?

Why are Vulcan Libraries installed on my computer?

Vulcan Libraries are software that enables users to run applications that require root access. Vulcan libraries are installed on your computer by default. They have been designed to provide you with the best possible experience when using these applications.

The Vulcan libraries are just one of the many tools that help protect your computer from malicious programs and viruses. It is important to note that they do not work by themselves; they rely on a number of other security features such as antivirus software, firewalls, and anti-malware software.

Why is Vulcan Libraries being blocked by Computer Firewall? Is it a Threat?

A computer Firewall is security software that protects your computer from malicious software. However, some of the programs that are blocked by the Computer Firewall are libraries like Vulcan Libraries and any program related to them. This action by Windows firewall or any other anti-virus is a false positive as this program is completely safe.

The flagged notifications of these anti-viruses can sometimes be annoying so if you want to remove it, you can uninstall it and it wouldn’t affect any of your computer programs. But if you have games or other programs that require Vulkan to run, you will feel the difference in quality.

It’s quick to criticize technology for the psychological health catastrophe our children are experiencing. However, experts say it’s not that straightforward.

It may appear that 7 hours of media time is excessive. However, as individuals of all ages move far too much of their lives online, this is to be predicted. For today’s younger generations, technology presents both obstacles and opportunity. Researchers haven’t discovered significant correlation between social media as well as mental health, despite the fact that its use is increasing and youth psychological state is declining.

Instead, they’ve discovered a number of interconnected factors in modern life, which include technology. This assists the internet keeps people connected.

How can parents assist their children in having a better internet experience?

While there is no universal agreement on how to raise children to have a positive connection with digitalization, here are some things that families can do:

Parents should educate themselves regarding internet channels and have used them in their children.

Have an open attitude toward them, understanding that minimizing your child’s use of some of the platforms may also limit their access to digital connection, learning, and relationships.

2. Consider your child’s well-being outside of the realm of technology.

Instead of focusing solely on reducing kid’s screen time, prioritize activities that are critical to their health development. Consider whether they’re getting enough sleep, interaction with friends, family time, and nutritious food.

Setting certain boundaries, as with other areas of parenting, is beneficial. Begin slowly, for as by enforcing a “no technology dinner” rule.

SEO means optimizing a website for natural user searches based on keywords. It involves making significant changes that indicate to search engines that your website has authority over certain topics. The main goal is to position the product or service pages in the first rows in order to attract the clicks of the visitors.

What is not SEO?

In contrast, commercial actions and paid advertising do not mean organic SEO. Although they do contribute to the popularity of your website. In other words, you can’t pay Google to dethrone your competitor in the results list. Ads based on keywords are something else entirely.

Search engine robots browse the Internet to find new pages. It is absolutely necessary to make it easier for them by indexing your site in the main search engines. A navigation map, also known as a sitemap allows you to list all pages. In the WordPress CMS platform, there are special modules for generating the sitemap file. Once set up, you can log in to the Google Search Console to publish this essential file in the discovery of your website. In the same Google service, you can index new pages to appear in Google search results within minutes.

What Toronto SEO means in the importance of web content

Be creative, but above all, be relevant when creating content for your product page. Use keywords or phrases that people enter in the Google search form.

What SEO means in the legitimacy of web content

The basics of a successful SEO strategy are related to web content. You have to stand out and separate yourself from the vast majority. It’s all about competition. For example, do not copy product descriptions from other competitors. Try to have a different product description from that of the manufacturer or supplier. Other traders have probably already done this. Otherwise, you will be considered just a cheap copy. Google does not promote plagiarism. When the content of your website is identified as duplicate, Google penalizes instead of declassifying the targeted pages.

What does SEO mean for web technology?

There are many websites that have a very low SEO optimization score. Unknown to you, the intensive use of CSS code, Javascript, cookies and other elements, blocks the visibility of your website. Google sends robots called crawlers to interpret web pages. For example, they don’t know how to mimic button clicks. The information collected by the robot is stored by algorithms in the largest database in the world. The recommendation of Toronto seo is to make your website as simple as possible.