Looking back on the last 3 decades, people may notice that there are lots of technological advancements in history. Along with these are the birth of internet and smartphones which are obviously a life changer. From altering our method of researching and communication to making a prestige item to be a basic daily tool for living. 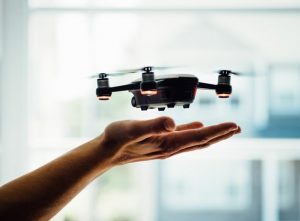 With all that, internet and smartphones have been the root cause of other technological inventions that came out along the way. For instance, most services that have been launched on the last two decades merely depend on the power of the internet. Examples of these are the Uber and the Netflix.

Below are the other notable innovations that were also launched during those years.

This was invented in 1996 in which they used a sheep as their subject.

When the internet was introduced, email became the basic form to communicate to others. Meanwhile, the SMS messages works via the use of telephone lines.

Drone generally means a small aircraft runs by a motor and may also be carried with the hands. It was initially used in the military for their war engagement purposes. But, as years go on, the demand for the use of drones by the consumers steppd up to the next level.